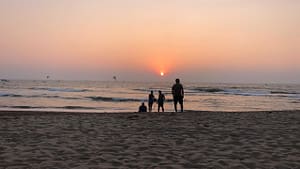 I have had a sleepless night. After quite a while.

Well, multiple factors. Missed deadlines at work. Passion projects seemed to be going sideways. Personal life seems to be going off track. People clearly don’t like and I’ve built my life being a likable person and in general, being helpful and all. A friend turned client called me at 11 to complain about a colleague turned parter. A friend working on a startup seems to be struggling and I cant seem to help him at all. And there is a lot more!

And so much more.

It was so bad that I ended up loading on carbs like a mad man. All the lo-carb thingy that I was on since the last few days have gone for a toss. I would love to talk about what happened and why it happened and how it happened and if I was at fault. But writing about it and ranting about it would not help. I actually don’t know what would help. I guess this too shall pass. #note2self – write about these on #sgEchoChamber.

There were some silver linings as well. I have a few interns from SP Jain working with me to market the Marketing Connect Podcast and I had a session with them where I gave them gyaan. I realized yet again that I love talking to young people. Need to scale it somehow.

Plus, I was working out from Clay and towards the evening, I took time to see the sun go down at the Anjuna beach. It was mesmerizing. Doing nothing and watching the sun hide behind the waves. And since it was less crowded than the Baga where I normally hang out at, it was lovely. I must make it a practice to see it go down every day. There was this colleague at a point in time – Guru. He worked out of Goa and he would insist that we need to go watch it. Yesterday I saw that he meant. It was his birthday a few days ago and I must drop him a line, wishing him and thanking him for the tip. But then, he thought I was a nutcase and he may or may not read my email. Heck, his email address that I have may no longer be valid.

Anyhow, here are some pics for you to enjoy. I am proud of how these have come out. One of these has been edited.

I think I have the talent for photography and I must pursue it. What do you think?

Damn I wish I had more lives!

Apart from this, I am not sure I can write a lot, to be honest. The head is still reeling from all the fuckery that happened yesterday. Of course, I am to blame for all of it. I need to mend my ways. If nothing else, I need to become so unbreakable that even though things so sideways, I need to not get riled up and eat like a man coming out of famine. I have to be stronger. Lol, self-talk!

It’s still 630. And less than the requisite 30 minutes of writing. Lemme carry on.

Oh yeah. One of my old employers and the man who taught me most of what I know called me after ages. He wanted some tiny help. Did that for him. I realised that I would do whatever it takes for his approval. In fact I am realising that if you dont take people from your past into your future, it is not the greatest feeling. While the novelty of a new relationship is exciting, the ease of doing things with the old is something that makes work happen faster!

Talking of fast, life in Goa is making me realize the importance of fast, high-speed internet. There are a million things that you take for granted when you are in the commercial capital of the world. Fast internet is one of those. The entire last night when I was rolling around in the bed, I realized that I couldn’t even distract myself by watching a mindless film because I did not have internet. I couldn’t work because a simple Keyword Planner tool on Google would not open up. This piece is being typed on my blog that is using an internet connection of my mobile phone that is hanging at the edge of the building I live at and I am perched up so that I could be in the range.

I can talk about slowness if I have to but I think I am not the one designed for it. I understand the concept philosophically but I don’t believe in it. Yes, there are things that need slowness to happen. But then that’s that. We can NOT extrapolate those things to everything else, like a lot of people do. Life has to be in the fast lane. I mean it is very very unpredictable. And is random at best. You are like a blip on the radar and you may just go poof randomly. I’ve lost someone important this year. And I know at least two friends that have lost a parent. I lost a classmate from MDI. She was my age. No, I did not know her at all. Even at MDI, I would have spoken to her probably once in all of two times and never ever since. But when I heard about her, I was zapped.

To be honest, I have nothing against the concept of death. I even believe in it. The problem is in the suddenness, the unpredictability, the waste of an opportunity that people and talent have when they die. I mean we lost Rahat Saab this year. Imagine the words he would write, the fires he would ignite in our minds, the impact he would have had if he were around!

I mean we could have an earthquake and all this planning of the future that never seems to be arriving could be rendered meaningless! If there is one thing that I am learning from the day yesterday, it is that life is fucking short. And slowness has no place in it.

You ought to act.

Err on the side of action.

Steve Jobs has famously said, “your time is limited”. It is my screensaver.

The wallpaper on my phone is Memento Mori. It is the memento that I carry along. Must get one real-life, physical one.

Do not wait for perfection. This is a lesson that a 73-year old man once gave me. And trust me, this man HAS seen the world!

Do so much, so often that the trail you blaze leaves others in awe and makes them inspired to do more in life!

With that motivational pep-talk to self, I hope I would get over the fuck-all-ness of the day yesterday. Time to get going and act.