A short rant on house I want to have, minimalism and more.

8:36.
Woke up a few minutes ago. Still hungover from all the work I did yesterday. I would’ve spent 23 hours on calls yesterday. I started work at 830/845 types. I ended at 10. With no breaks except the ones to pee. I ate while the calls were on. I sleepwalked through the day. To a point that I was finally sick of a computer and I threw the laptop aside and went to sleep.

Of course, I did not sleep and whiled time on the Internet till 2. And as a result, I am groggy and tired. Both in the head and in the body. I think I’ll go for a short walk to get my body to move. Maybe that will give me the feeling of an escape. I have been trapped in this house for 3 days now and I need a way out. Or I can alternatively do them Surya Namaskars. I havent done for 2 days now. Let’s see what I end up doing.

I am listening to this track after a while and I must say, it gets my brain moving! I mean it makes me think and groove and wonder at amazement and does all sorts of interesting things. I love this idea of music playing out loud in the morning. To a point that I am enticed to buy a big-ass speaker that plays good music. But then, the minimalist in me would hate seeing it around every day.

Lemme talk about that.

I think I know what I need. I need one space where I have all these fancy things that make life comfortable – you know, a large screen TV, fancy speakers, deep rugs, writing chairs, coffee makers, fancy bookshelf with all my books on it, lamps, walls full of paintings, art, and some shelves with all the other things that I want to have. May be I will use this place as a storehouse where I will dump all those things that I have gathered over the years (to be honest a lot of those are no longer with me – every time I move house, I discard some of those, including the ones that I have the largest affinity to).

And then I need a space that’s barren like a desert. Much like one of my earlier houses. Where all I have in a large bedroom is one thick mattress, some pillows, dark curtains, the silentest AC, and some water bottles. And that’s about it. Outside that bedroom, I want another large room with literally nothing. I need space to walk around. I need to be able to walk to a large balcony and stare at the world outside. I can’t do with these closet houses where they make large windows and yet you look over at a dump. This place has to be on one of the higher floors, if not the highest floor ever.

I miss the time when I could simply go to a broker and ask him/her to get me the house on the topmost floor. I can no longer do that. May be in a few months acche din will be back. May be I will get this cluttered workspace and sparse living and thinking space.

Sigh. Wishful thinking. Anyhow. Need to start the day and get going with work. Not too many things around writing etc. Here’s streaks.

That’s about it. Over and out. 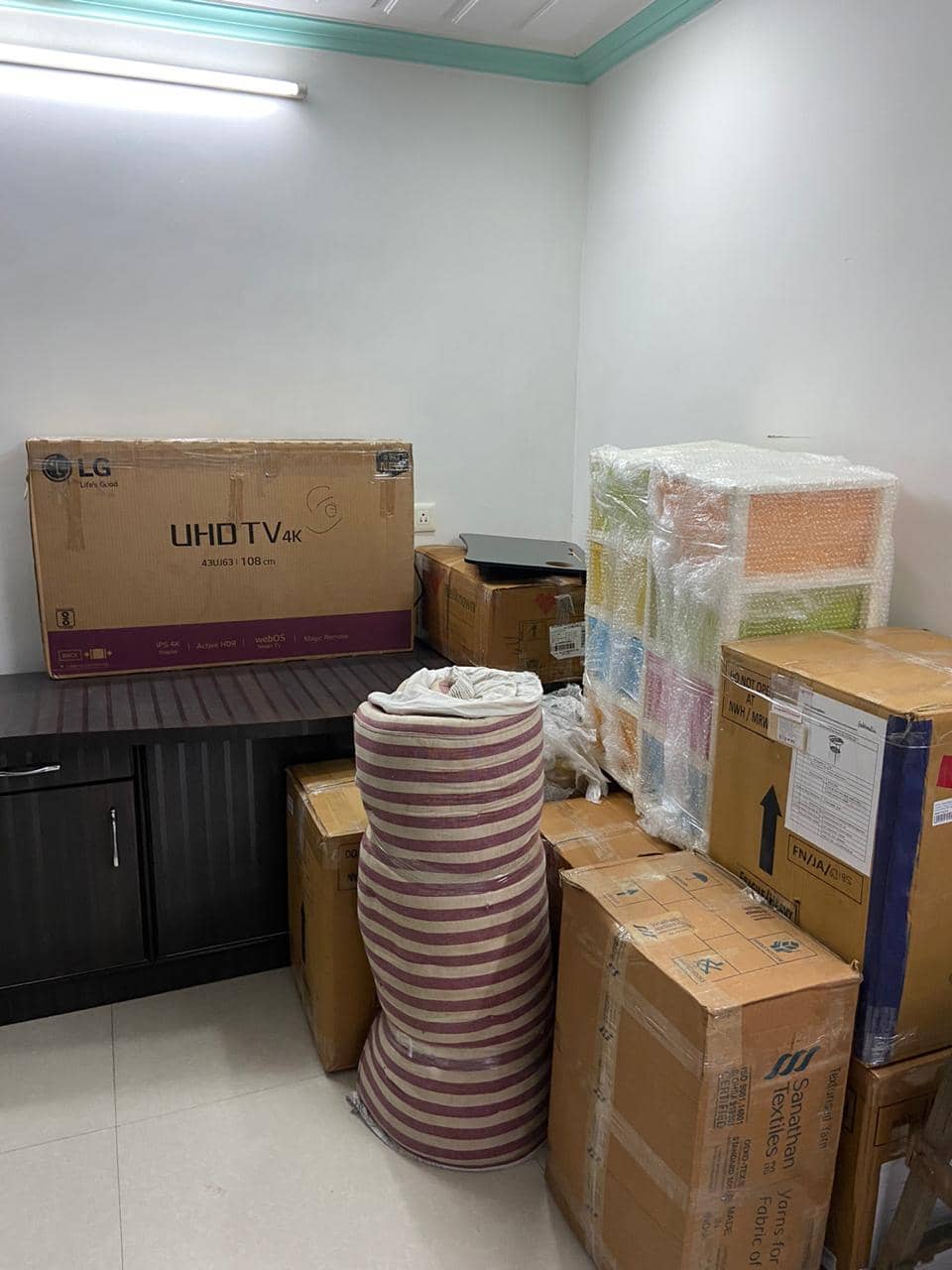 So, the annual ritual of changing homes just happened all over again.

The drop happened not in just the Pincode but also in the lifestyle. From a 2 bedroom house to a 1 bedroom. From “lavish” (by Mumbai standards) to a cramped space that people in Mumbai are used to. From a newly constructed building to a tower that is probably older than me!

Like all moves in life, this one is also full of excitement, anxiousness, sadness, happiness, and most importantly, hope! And even though I have downgraded things, I remain hopeful that the tide shall turn and I will see that hockey-stick chart again. Let’s see when.

So as I was getting my things moved, I realized, that each time I move, I am surprised by the number of things I own.

Well for starters, I have always believed in minimalism, and yet I have a billion things. I mean look at the pictures below! The house is anyway tiny with all these things, I hardly have any space to walk around. It’s like living in a walk-in closet! #note2self – throw things so that I can move in just a car. I dont know how I’d discard them books though 🙁

Plus, I anyway don’t buy too many things. I have one pair of denim pants. I have two pairs of shoes. No fancy accessories. And yet I have some million boxes of things.

The other thing that I am surprised at is that while I was packing, I was bereft of any emotion about the place where I lived for a year. I am, after all, quitting it for good. After things were moved out, it felt that the soul of the house was sort of stripped away. It looked like a naked body, sans any character. And yet, I felt no emotions at all. I should’ve ideally welled up. I even tried. I imagined all the good things and the bad that came along with the house. But I could not bring myself to tears.

Which is, good! The idea is to not get attached to things!

Ok, lemme pick the thread on the bit about quitting the house for good. And while I do that, how about I replace the house with a person and my occupation of the house as companionship with that person? Now, I would’ve ideally liked to stay in the house for longer (probably, till eternity) but because I could no longer afford the rent, I had to move out. Similarly, I could have people that I want to stay together with forever (say, a girlfriend) but due to some circumstances (say, differences), she and I have to move away. The million-dollar question is, when that happens, would I continue to be bereft of emotions?

Wait. Is this comparison even valid? Is this some coherence in my personality where I am afraid of attaching myself to people and things? What am I afraid of? What stops me from developing an attachment to people and / or things?

And, if not attached, am really detached? There are people I refuse to give up on, despite the unrequited connections I have with them. There are things that I refuse to throw away even though I have not touched them in ages. Is this how detachment supposed to work? Can I ever be that nomad that I have always craved to become? And if that’s what I crave for, where would I land up when I want to be home? What is that identity that I must attach myself to?

No, I don’t have answers.

And no, I don’t think of these things on a regular, typical day. And it’s funny that shifting houses is bringing these questions to the top of the head that’s got no hair and all meddled ideas!

Of course, the answers remain elusive. May be they’d come in one such shift? Till then, over and out.