A short note on my love for the Aamir Khan, Ayesha Jhulka starrer, Jo Jeeta Wohi Sikandar. I talk about how it’s a lesson in filmmaking! 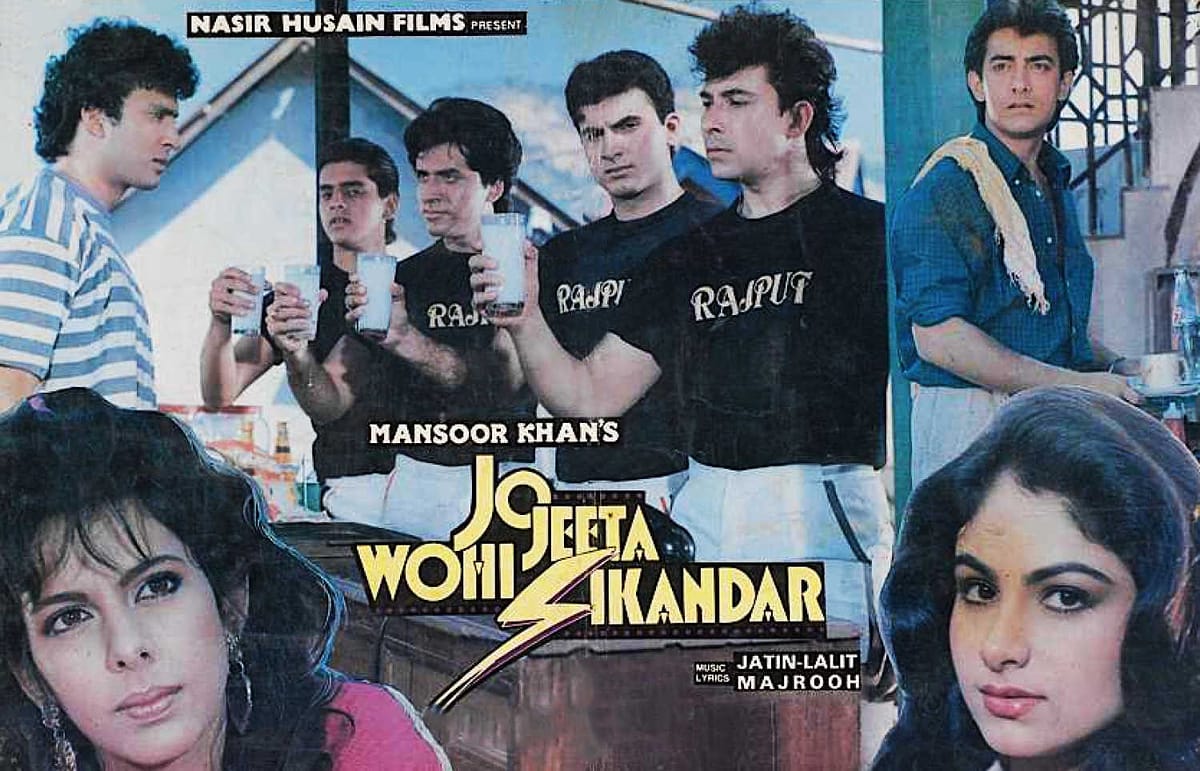 If you are an Indian and you don’t know about this film, you must have lived under a rock. It probably is among the most iconic films of all time. While people dismiss it as a school / student rivalry film, I think the right category to slot it in is that of bildungsroman (aka coming-of-age film). It was after all about a boy, Sanjay Lal Sharma (aka Sanju) that had seen just the rosy parts of life and how he was shaken into growing up and standing up for his brother, father and community.

In terms of a standalone film, JJWS had everything going for it – a compelling story that never gets old, a plot with enough ups and downs to keep you hooked, almost perfect casting (with dreamy-eyed small-town kids to the English-speaking expensive-blazer-totting flamboyant privileged kids to the simpleton, the common folks that you’d find in any small town in India to others), music that instantly becomes an earworm, characters that you want to root for (you want Sanju to do well and you want Shekhar to suffer) and a climax that literally forces you to get on your feet and clap out loud!

Even though the film is more than 30 years old and the last I saw it would have been a few years ago, the visuals are so fresh in my mind that I can recall the narrative with scary accuracy. I can reproduce shots as if I am staring at a photo grab from the film. I can relate to (and even empathise with) each action taken by each character in the film – even if the character existed in blank, white or grey. Back then when I was younger, I may not have been able to. But today I can.

I mean look at Ram Lal – the father of Ratan and Sanjay. By the day he is at the school and then whatever time is left, he runs Ram Lal’s cafe. While he holds no ambition of his own, his salvation is in providing for his two sons (one, the picture-perfect obedient and the other, picture-perfect petulant). He wants his son to win a bicycle race and come out on top as a champion. The real desire is not the success of his son but the chase of the glory of the days gone by and the satisfaction of having taken his revenge. He wants to live his life via his son. Even with his flaws, he makes personal sacrifices in the way he lives. He’s saving as much as he can and for that, he’s literally pinching pennies. If this is not how a father ought to be, I dont know what could one be. And despite the flaws, he is perfect and commands respect.

PS: Back then, I couldn’t identify with Ram Lal with as much nuance but thanks to SoG, I have been able to appreciate the limitation of us humans (in our ability to do things) and want of living the life you’ve wanted (and are unable to get) through the life of the ones around you. I understand the need of creating winners, even at a personal cost and the sacrifices you must make to even give these kids a shot at winning!

Look at Ratan. The elder brother. His sole reason for existence is to get his school and thus his father the glory they believed they deserve. He spends all his time, his entire life chasing that one dream. And just when he is almost there, he is left injured. To see the scenes unfold from the sidelines. The injury itself is a result of a freak accident triggered by a frivolous act by his yet-to-grow-up younger brother. And no, unlike the modern-day young people, he submits to fate and moves on. Unknown to him, he plays yet another important role in the film. Probably the most important role. That of the trigger, the inspiration, the reason for young Sanju to want to grow up.

If Sanju became Sanjay Lal Sharma and lifted the trophy, it was not his hard work or dedication or anything. It was Ram Lal’s sacrifices and Ratan Lal’s inability. And no, I dont mean to take anything away from Sanjay. He has had his ups and downs but eventually delivers on his destiny.

Now Sanjay is a curious case. On one side he had his father, his brother, his sidekicks, and the never-leave-my-side love interest. On the other, he had a formidable adversary, tall odds stacked like a mountain and the weight of the monster of expectations on his back. He was bang in the middle and each time any of these moved, he was churned and polished. And oh boy, did he shine like a diamond?

What made the film even more special is those tiny moments that seem to mean nothing and yet added to the layers of the story. There is this scene when Shekhar and his flunkies are at Ram Lal’s Cafe and Ratan is forced to wait at them. There is this instance when Sanju is imagining Devika dancing on top of a car in her The-Woman-In-Red-ish dress. Anjali on the other hand is imaging herself when Sanju is air-kissing someone. Uff!

The music from the film is a tome in itself. An entire generation grew up proposing to their loved ones with Pehla Nasha. Yahan Ke Hum Sikandar made me want to be a part of a school of cool kids. Rooth Key Humse made me pine for a brother that I could be with (sorry SG2 :D). The track was used to break the monotony and showcase the growth of Sanju as a person. There were more tracks – each written, performed and shot as well as any other.

Since the film is from 30 years ago, I found the direction and camerawork dated. But the team got the art spot on. From the sets to the decor to the costume to even the side characters, everything was spot on. I mean look at this signboard for Ram Lal’s cafe.

The green background and white, serifed text, in all caps is gorgeous. The apostrophe is missing. Maybe on purpose. The RC logo looks like something done in a small town. The blue and yellow shade is in contrast to the green board.

Look at those scarves that Anjali is using to tie her hair. Look at those simple tees and shirts that have their buttons open. The fence they are leaning on looks weathered and looks like something you would imagine at a cafe from the pre-Starbucks era! Each scene of the film seems to have been made with a lot of attention to detail. Exactly the kind of work I would want to do.

Let me talk about the story. You know how a film ought to follow a three acts structure where tension rises at each point. The protagonist needs to accomplish a hero’s journey. And all the while the story must be technically sound, it needs to keep people hooked. JJWS scores on all three counts. In fact, it does it so well that each incident can be plotted on the charts even by a novice writer like me!

In fact, as an aspiring filmmaker, I think this film deserves to be made into a mandatory study. As the film celebrates its 30th anniversary, I can only congratulate the filmmakers for a job done well and invite my younger friends to go see the film!

And as I end this, what do you think of the film? What are your favourite parts? What do you recall the most about it?